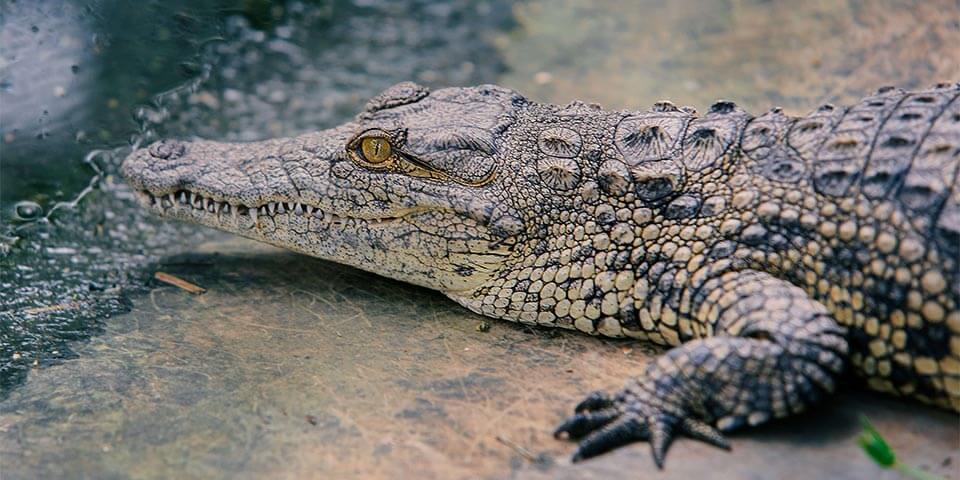 Captain Stuart talks about one of the many invasive species lurking about in the Florida Everglades.

Escaped after a Hurricane

And only in one of those attractions, we know that a guy lost 9 big male and 16 big female Nile Crocs. The hurricane ruined him. So rather than chase him down he just didn’t report it and he closed shop and moved. Those Nile crocodiles have been interbreeding with the American saltwater crocs and alligators here in the Florida Everglades.

So now we’ve got we’ve got Nile crocs. They’ve tried to eradicate them. They’ve got to shoot on site order for’em, but they’ve interbred with our crocs and we’re starting to find 19 and 20 foot long crocs on the west coast that are eating cattle.

And it’s not a good situation because we were down to about 20 crocodiles in the 1970s and they started an aggressive breeding program. Wasn’t a lot of people here then. Now we’ve got about forty five hundred to five thousand and they’re starting to swim up on beaches with the tourists. And it’s not good.